The French commentators cheered the French win. What is almost as exciting, in another way that who will win, is: Will Arnaud Demmare finish within the time limit? There are no other full blooded sprinters left, to be in the “bus” with. Yesterday he finished 41.02 after Julian Alaphilippe, and 10 minutes after the second to last riders. I do not think he will race to Paris.

It was dramatic and scaring to see Philippe Gilbert crashing. It was a relief to see him getting up to the road, give a “thumbs up”, get back on his bike and continue. He did not seem to be seriously injured. He also demonstrated what to do in these situations. To brake hard when negotiating a curve at high speed, does not work. Maybe he was braking a bit late, which started the problems. But then he continued in a straight line while braking as hard as he could and got his feet out of the pedals, in preparation for what was coming.

A reporter from French TV (I did not get who), was out riding with Sky on the rest day. He asked Chris Froome if Geraint Thomas was the hardest competitor. Christ Froome said that if Geraint Thomas or himself should win, it would both be super. The main competitor is Tom Dumoulin. We will see in the days to come how heartfelt this is from Chris Froome.

Today’s stage will be an interesting stage in many ways. It is short, only 65 km. It will be grid start, not the usual flying start. The riders will be lined up as in motor racing, with the leader in the GC-competition in pole position. The 20 best riders will start from grids, according to their position in the GC. Then the other riders will start behind, in groups of 20. With this start we can get jump starts. For an exlanation of the grid start, see this video.

The action begins right from the start, as the riders go directly into the first climb. There will be a fight for positions. Some climbers with ambitions of winning the stage, may be far behind in the start grid. And the domesticts may have problems getting up to their captains. I would not be surprised if we see some crashes in the start.

It the time limit is calculated as for other stages, some, not at least Arnaud Demare, will have problems. 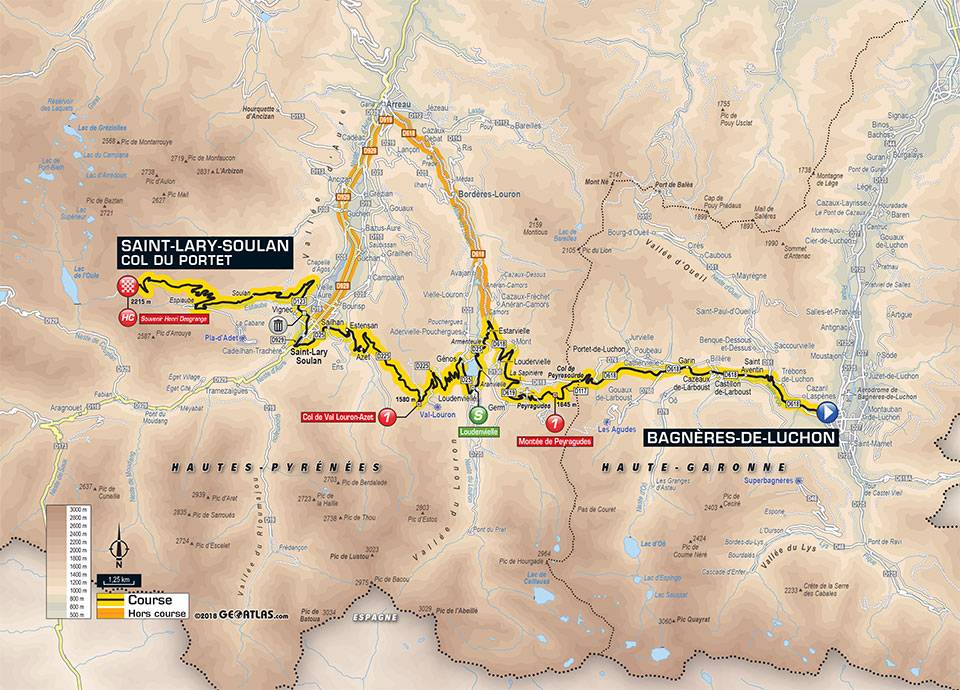 The riders are hardly below 800 meters at any point on this stage. At altitudes between 800 and 2000 meter, there is no wine production, at least not in this part of the world. I have not found other food or drinks worth mentioning fro these mountain areas.

I hope you too my advice yesterday, and still have some Limoux wine. But tomorrow, there will be more wine.