It is always a bit fun to pick an outsider that many has written off, among the favourites, and he wins, like John Degenkolb on stage 9. It was no surprise that Greg van Avermaet and Peter Sagan got good results. And it was sad to see Richie Porte crash out of the race with injuries once again.

It is in many ways another Tour de France that starts today, with stage 10. After cobbles and mainly flat stages, the riders will meet the mountains. The riders may react differently to the rest day. So will be refreshed and fit for fight, others will need some time to start up and get the engine going. 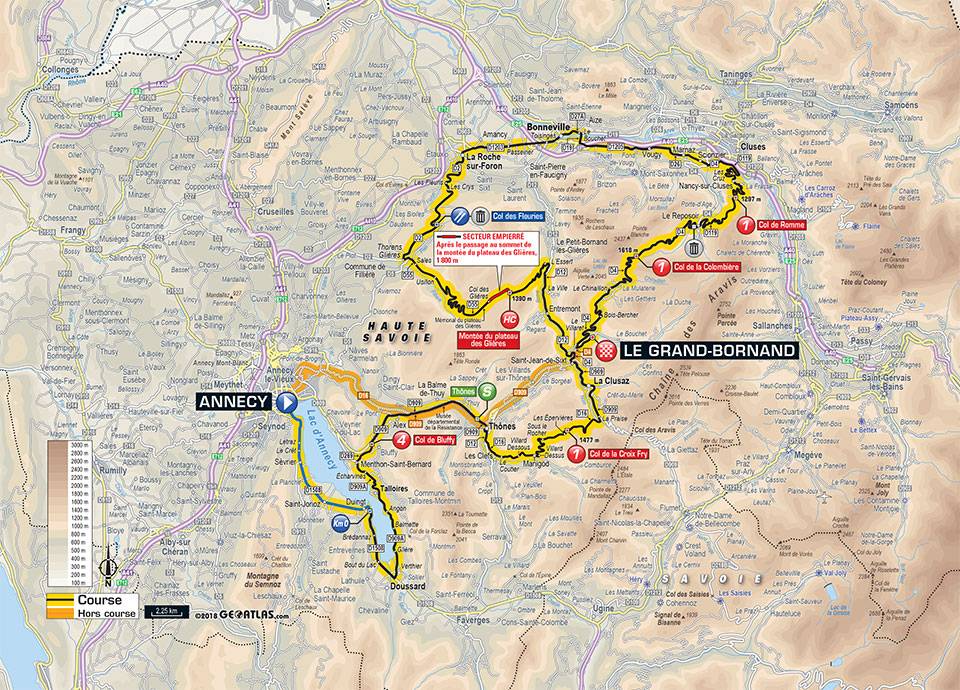 I include the profile of today’s stage, the first mountain stage. 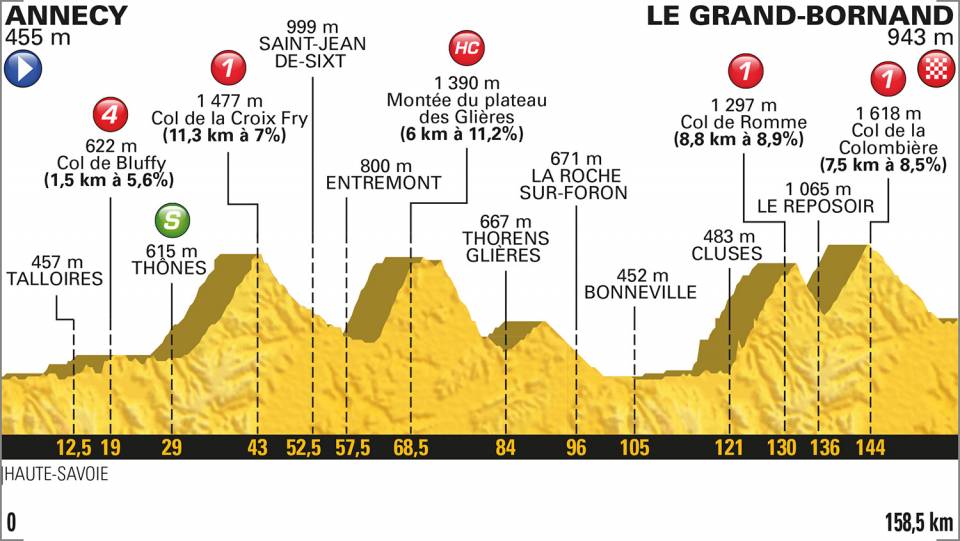 It is always a challenge to find wine to the mountain stages. When searching for wines along the Tour de France stages, I have found some hidden treasures, like the wines of Savoie. I knew nothing about them, had not heard of them and had of course not tasted them before I started this. We can find some really good wines in Savoie.

In an article about Savoie in the French wine magazine La Revue du Vins de France they write that Savoie is one of the most difficult wine regions to learn to know. It is complicated with many grapes and crus, the production is small, the distribution is not very good and the best wines are almost secret.

A wine I like is Chignin made from Jaquière. It is a wine that get me to think of mountains. But it is an illusion. The wines are produced in the valleys, not in the mountains. No vineyard is higher than 500 meters above sea level. It is not a great and very complex wine, but it is fresh, fruity with moderate acidity.

Chignin is, according to my Vine Atlas, regarded as the wine capital in Savoie. It is because of the quality, not the quantity.

The area Cru Chignin-Bergeron is regarded the best area. But the production is limited. Only 315 hl white wine, or 50.000 bottles a year.

Even further north is the even smaller Cru Monterminod, where they produce150 hl or 22.500 bottles a year. This is a very sought after wine.

To put the production figures in perspective. It is produced ca 2,1 mill hl champagne and 6,8 mill hl Bordeaux wine a year.

Another wine is Rousette de Savoie, made from the grape Rousette (which is also called Altesse). It is a grape the can give high acidity, citrus and fruitiness, with some spicy notes. Wine that is labelled Rousette de Savoie without another appellation, can have up to 50% Chardonnay. But if it is labelled Altesse, it shall be made from 100%  Rousette/Altesse. It is a wine that is at its best after 2–3 years.

I do not think I am the only one who had overlooked Savoie wines. Give them a try!

The first cheese I will mention is Tomme de Savoie. It is a cheese that can vary a lot from one producer to another, and with the seasons. It is made from cow milk. There is also one low fat version, which is as far as I know the only AOP-classified low fat cheese. The other cheese is Beaufort. It is a hard cheese a bit similar to Gruyere. It is often said to be the best among these cheeses. I am not sure that the producers of Comté will agree on that. There is a variation called Beaufort d’Alpage, which can only be made in the summer, when the cows are grassing in the mountains. If the cheese is made from milk from cows that have been grassing higher than 1500, it can be called Chalets d’Alpage. Cheese made in the winter, when the cows are fed on hay, is paler.