It is impossible to predict which sprinter will have the day, and win in the end. It was nor surprise that Dyelan Groenewegen should win, or that Peter Sagen once again was up there, collecting points.

Stage 8 is another flat stage. It may be wind at the end, but it will probably be a bunch sprint, the last opportunity for the sprinters for some time. It is 14th of July, the Bastille day, the day on which all french cyclists are dreming of winning a stage in Tour de France. Maybe it can be Arnaud Demare today? 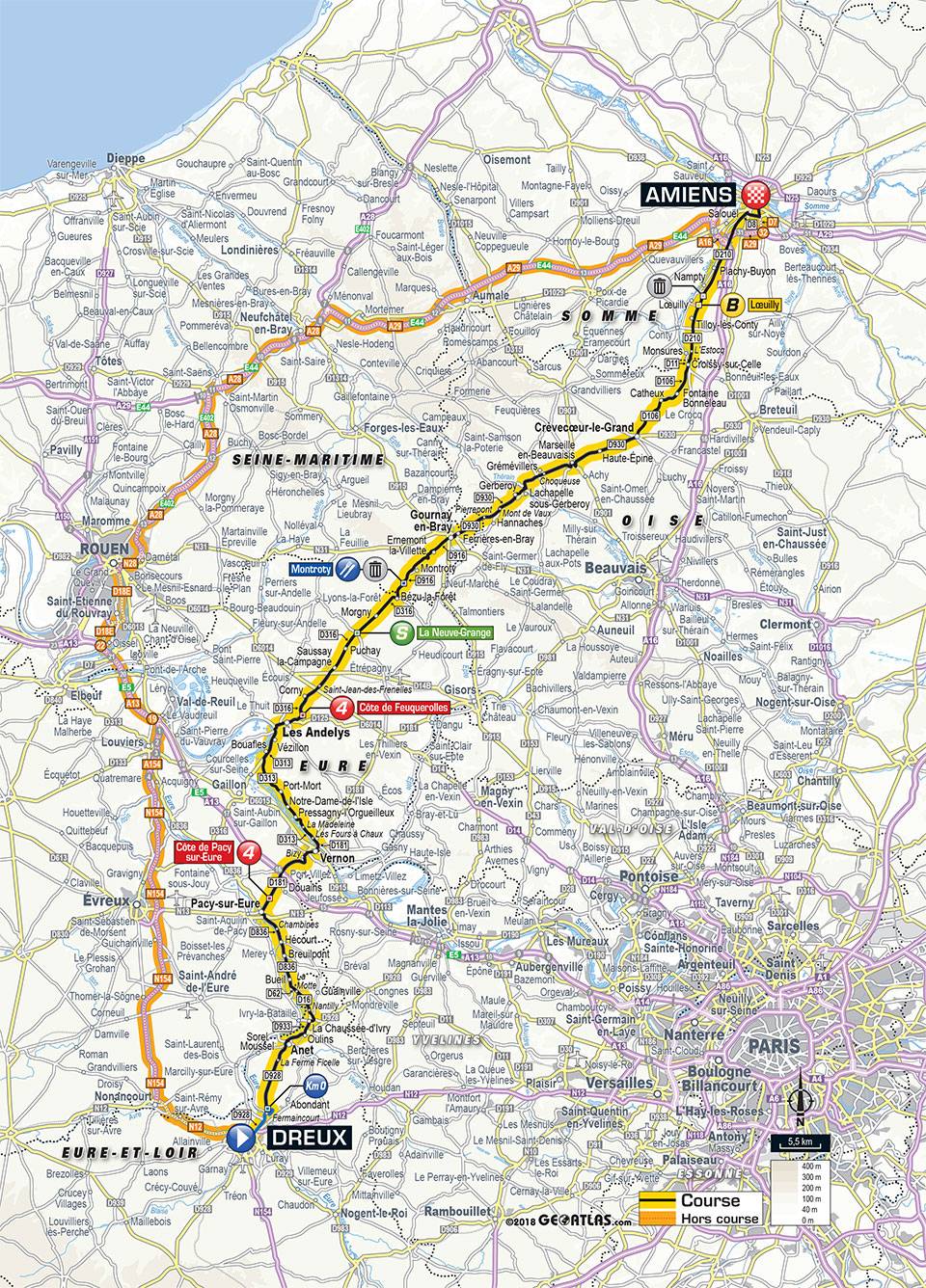 As I mentioned yesterday, they have circumvented Calvados this year. But we do a little detour to Calvados. The production areas are west of today’s stage. The apple brandy cavados is made by distiling cider. Normandy they of course produce cider that is not distilled to calvados, but we will not drink more cider. We can also add that they produce apple brandy many places. But only apple brandy produced in Calvados, from apples grown in Calvados in accordance with the rules and regulations for calvados can be labeled “calvados”. The rest is just apple brandy

Apples are not just apples. They grow more than 200 varieties in Normandy, and it is not unusual that a producer in Calvaodos use more than 100 specified varieties of apples in their production. Some can be sweet, some can be bitter and some can be sour, and everything in between.

There are three AOP classified areas in Calvados. AOP calvados is the largest, and includes the subappelations. The two others are   AOP calvados Pays d’Auge,  and AOP calvados Domfrontais that we visited yesterday..

Pays d’Auge is regarded as the best appelataion. In AOP calvados Pays d’Auge the criterias are stricter than for AOP Calvados. It must be double distillation in  alembic pot stills, while they in AOC calvados can have a more industrialised prodution in continuous coloumns.

In Domfrontais there is, as mentioned yesterday, a long tradition for pear growing. AOP calvados Domfrontais shall contain at least 30% pear, and it must be stored at least three years in oak barrels. It makes a fruity calvados.

Calvados must be stored at least two years in oak barrels before it can be bottled and sold as calvados. But often it is stored much longer. Much calvados is bleded from several vintages. If an age is given at the label, it must be the age of the youngest calvados in the blend. There are other designations used to indicate age. These are

The fruit is more prominent in younger calvados, while the older taste more like old brandy.

We can get singel vintage singel calvados, made in the best years.

I was in Amiens earlier this summer, when I was travelling by train and bicycle in Europe. I asked for local beer, but none of the places I visited had anything. They were mainly serving belgian beer such as Leffe, and boring beer such as Heineken. Leffe is a good beer, but local beers are more interesting. At my hotel, they had a souvenir pack of three bottles of beer from the local brewery Charles & Vianney. But they did not have it in the bar. When cycling, I do not want to add a few bottles of beer (or wine) to my luggage. So I did not get a chance to taste it.