It was an impressive stage by Chris Froome. 80 km solo! For Simon Yates, it was really a black Friday. After loosing 38 min and 51 sec yesterday, it is game over for him, at least for this year’s Giro. It was sad to see. It is always nice to see a new star rising, and brutal when it ends like this. But he is still young. We will probably see more from him in the future.

Today the GC will be decided, given than none of the GC-contenders have serious accidents on the final stage in Rome. The first 130 km are farily flat, before the get three category one cimbs. The interesting question for today is: Wo will pay the highest price for yesterday’s very hard stage? Chris Froome faded afterZoncolan, and it remains to be seen how he will do today. Tom Dumoulin took 49 seconds on Chris Froome on the stage after Zoncolan, so Froome’s 40 seconds lead is far from safe. But today, the other GC-contenders and their teams will have to attack.

Yesterday, Chris Froome was ridig solo for a very long time. But he took time on his competitors up, down and in between. I do not know if his team could not follow any longer, or if it was tactics to have a fresh and strong team today. I am not pretending to be an expert on cycling tactics. But today’s stage has a profile that can invite to the tactics we often could see from Lance Armsrong’s teams: Use the team to set high speed into the climbs, trying to get the other teams exhausted. Then the strongest domestics will follow as long as they can in the climbs. It will be an exciting stage. 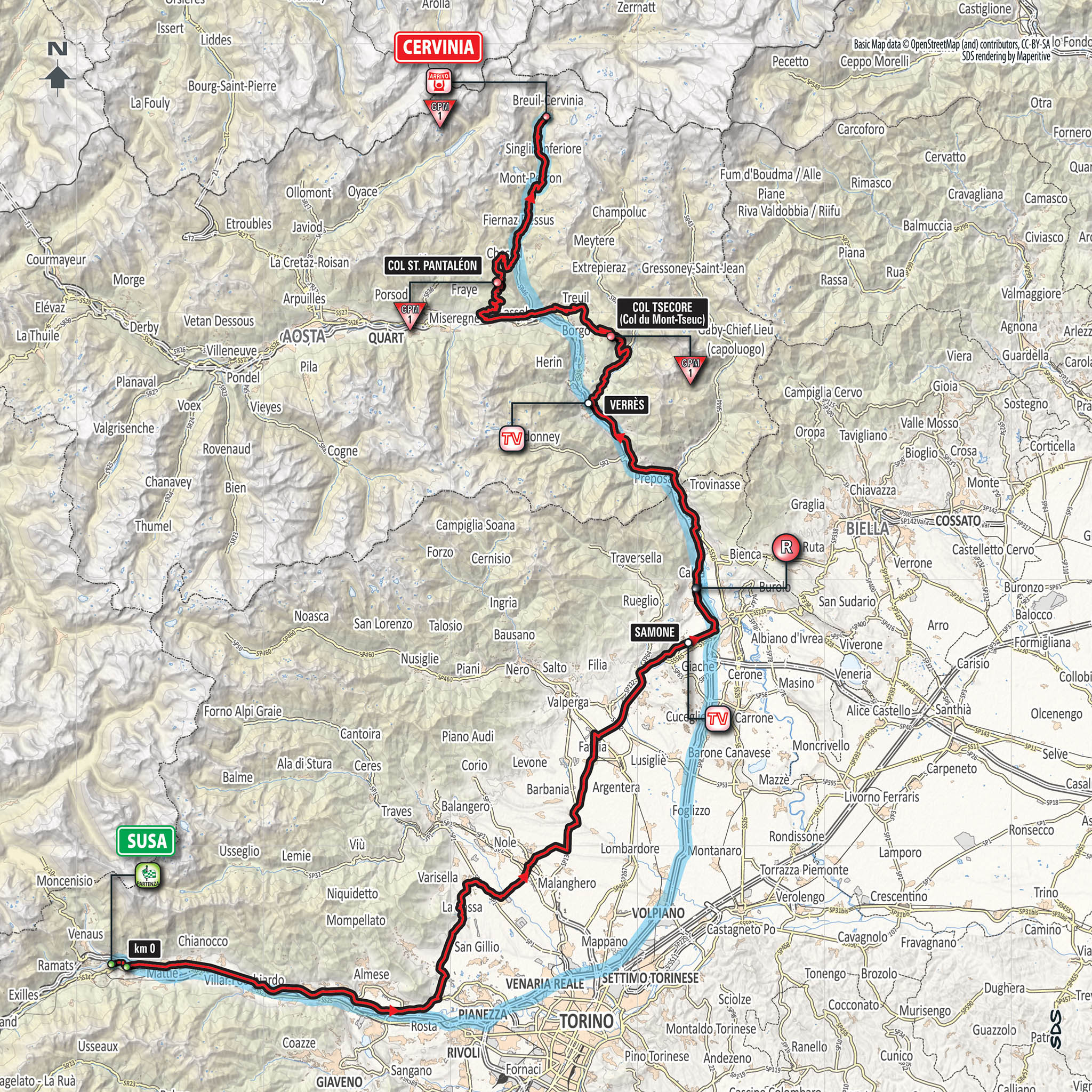 I include the profile of the stage, to give some indication of what is ahead of the riders. 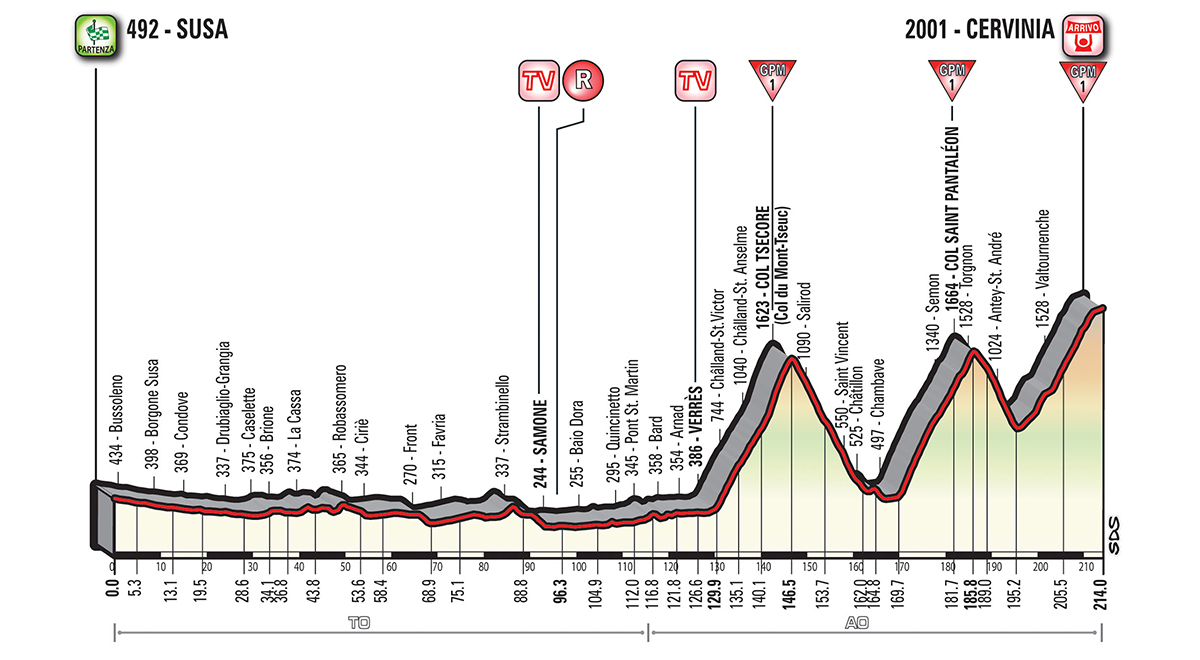 The stage starts in the town Susa, in the valley Valsusa, that we visited yesterday. We did not find much wine then, and there is no reason to look for more wine here today.

The riders will pass north-west of Turin, where we find the wine district Canavese. This is an area that also includes the classified subdistricts Carema and Erbulace di Caluso. It is a vast ditrict, but the production under the Canavese DOC is rather small. The white wine Canavese Bianco is made rom the local grape Erbaluce. The red Canacese Rosso is made from a blend of two or more of the grapes Nebbiolo, Barbera, Bonarda, Freisa and the local grape Neretto. I have seen Canavese Rosso recommended if weveral people have different meat dishes at at restaurant, and will share a bottle of wine tha can go with all of them.

Carema is a small district where they grow grapes on  terraces in the mountainside. They manliy grow nebbiolo, and the red wines they produce shall have 85-100% nebbiolo. Locally they call nebbiolo for picutener. Just to make it confusing. The weather in this district can vary a lot, meaning that the qiality of the wines will vary from year to year.

Erbaluce is a grape that can be pink, sometimes almost amber i colour. It is also called Uva Rustia, which I would think should mean an old style, rustic grape. But it is said to be derived from uva arrostita, or roasted grape, due to the colour.

The riders make a small turn into Vall d’Aosta, but turn away from the valley when they start the climbs. We will not go further into the valley to search for wine this time.

It is a warm summer day here in Oslo. A dry Erbaluce di Caluso would be a good choice.