Now it is getting serious. Three category 3, and one category 2 climbs are just a warm up before the finish up Monte Zoncolan. Monte Zoncolan is one of the hardest climbs in Europe, 10 km with an average gradient of 12%, with gradients up to 22%. Here much time can be gained or lost. Those who are lagging behind in the GC, like Chris Froome, must start to attack, if they are able to do so. 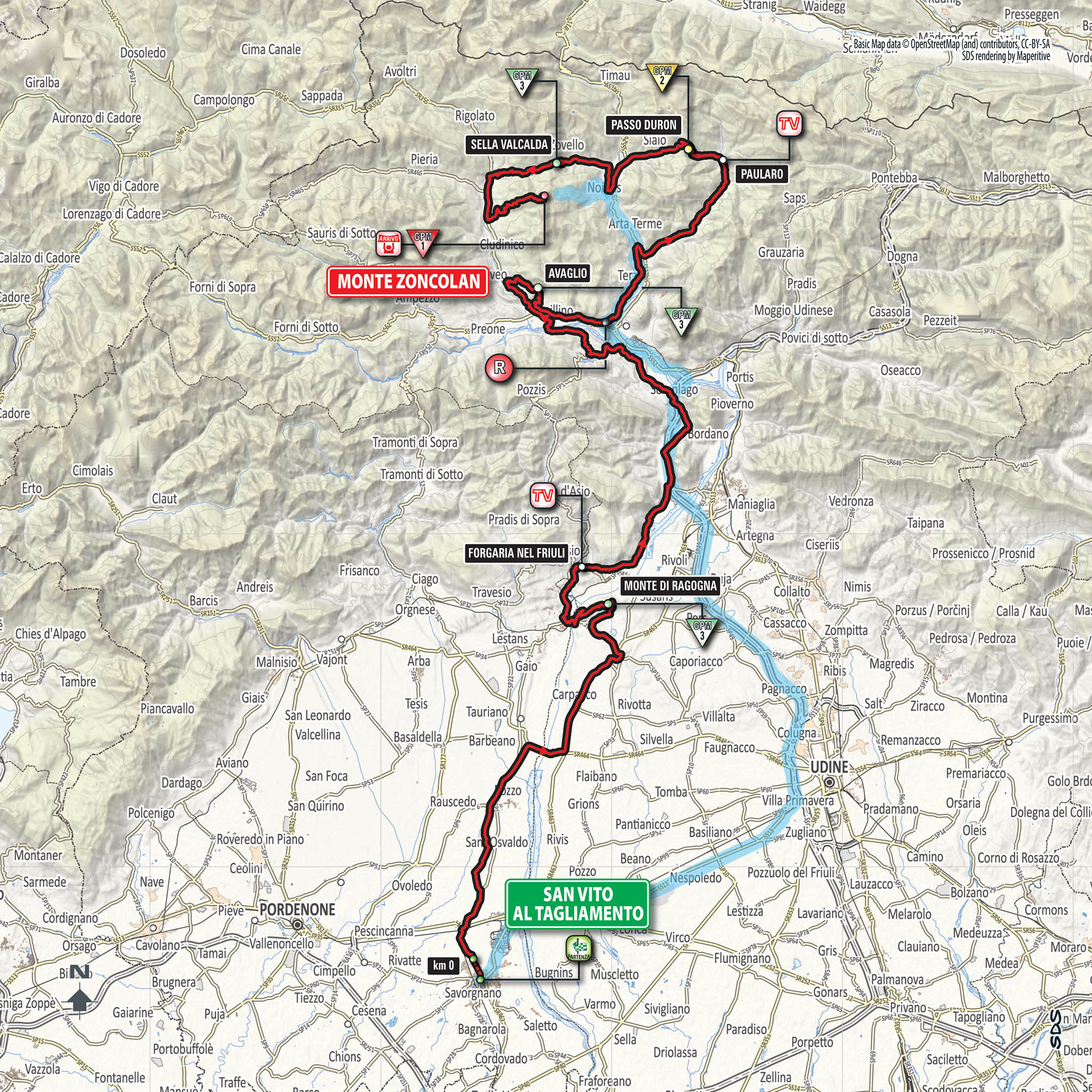 When we are approaching the mountains, the Giro starts to become more exciting from a sporting prespective, but it gets harder to find interesting wines to drink. But still we are in the beginning of the mountain stages, so here we will find something.

We are in Friuli — Venezia Giuli. The name of this province is confusing, since Venezia (Venice) is not in this region. The name is from the time of The Venetian Republic. The part in Friuli got the name Venezia-Giulia, after Julius Ceacar. The part in Veneto was called Venezia-Euganea and the part in Trentino was Venezia-Tridentina. We will use the name Friuli, for convenience. Friuli is an interesting wine region, where they manly produce white wine. 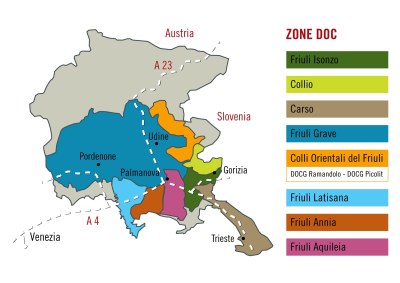 Friuli is the region that was leading the development of quality white wines in Italy. Italy is a young country. Friuli is close to Austria. It was a recreational area for the Austrian royalty and aristocracy, and was supplier of wine to those rather picky customers. The region is also influenced by France, and they grow many “French”, or “international” grapes.

We start between the two cities Udine and Pordenone. This is the area Friuli Grave. Grave is the same word as in Graves in Bordeaux, and in the word gravel, Which tells what kind of soil there is in this area.

We are between the Alps and the Adriatic Sea. Both have an influence on the climate here, especially depending on which is closer. In the northern part of the Friuli Grave viticultural zone, there is a cooler, rainier climate, while the south, closer to the coast, has a warmer, drier climate. The nearby Adriatic Sea tempers the heat of the plains, and the vineyards are also protected from the cold air currents coming from the north by the curve of the foothills of the Alps.

About 50% of Friuli’s wines are produced in Friuli Grave. It should come as no surprise that this vast area is the least interesting in Friuli, with large producers and an industrialised production. But we can also find producers who work to increase the quality.

White wine is dominating, with Pinot Griogio as the most commonly used grape. But we can also find red wines, produced from Cabernet Suvignon, Merlot and the local grape  Refosco dal Peduncolo.

The best wines from Friuli are produced a bit further to the east than today’s stage, closer to the Slovenian border. To many, Italian wines are Piemonte, Veneto and Tuscany. It is not without reason that these are the most famous regions. But give Friuli a try!