Time slipped away yesterday, so here is what should have been published yesterday. 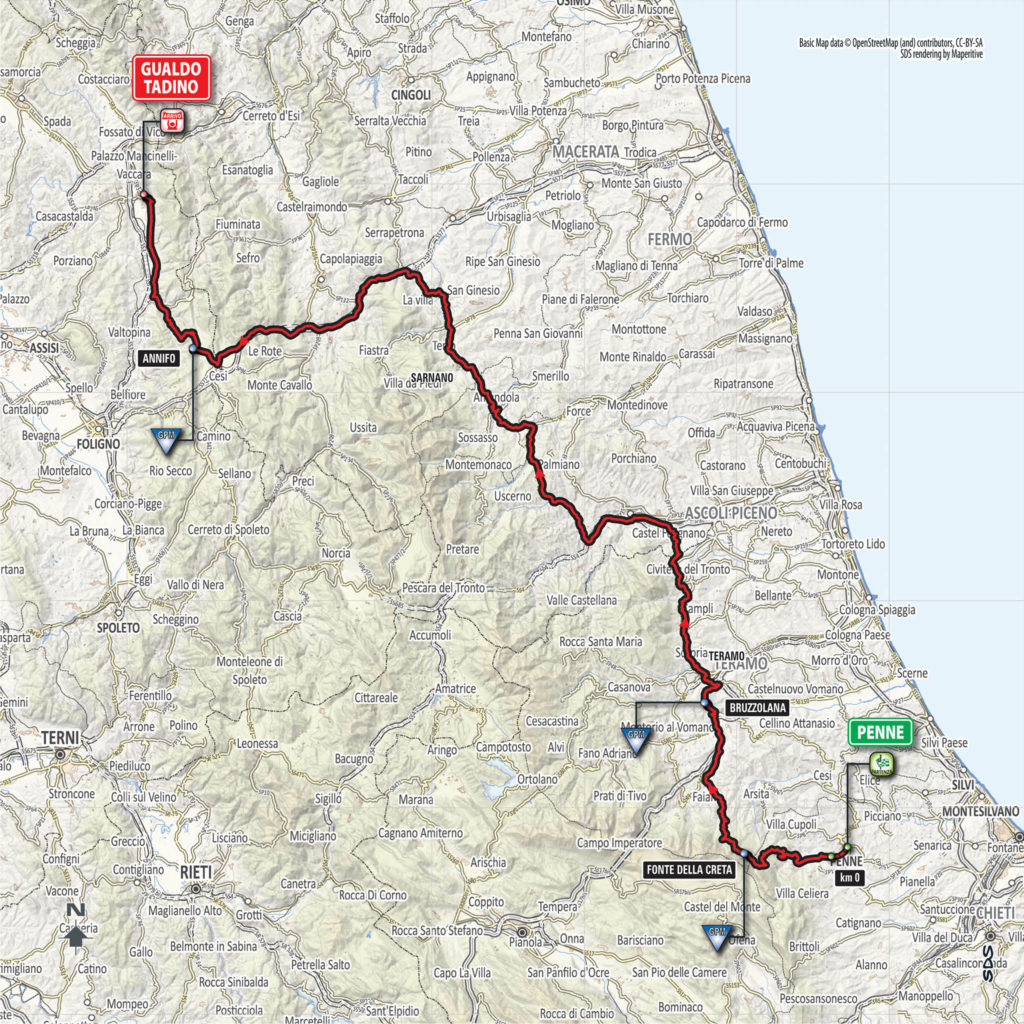 Penne — I think of Penne as a tube-formed pasta. But I have not been able to find a link between the pasta and today’s departure town.

We are in Abruzzo, which is, to be Italys, a remarkably easy region to manage, at least when it comes to wine. There are three classic DOCs: The two most wellknown are the red Montepulciano d’Abruzzo and the white Trebbiano d’Abruzzo. The third is Controguerra, which is also mainly wines made from  Montepulciano, but they allow some Merlot, Cabernet Sauvignon and Cabernet Frank. Trebbiano is a grape grown many places. I would think that they grow Montepulciano grapes other places as well. But it is at its best in Abruzzo