I was no unexpected with an exting finish yesterday, that caused some chnges in the GC-classification. Simon Ytes leads by 16 seconds on Tom Dumoulin.

Today it is flat. There is not a single categorised climb. This will be a stage for the sprinters, and it will not give changes among the GC-contenders, if they avoid accidents. 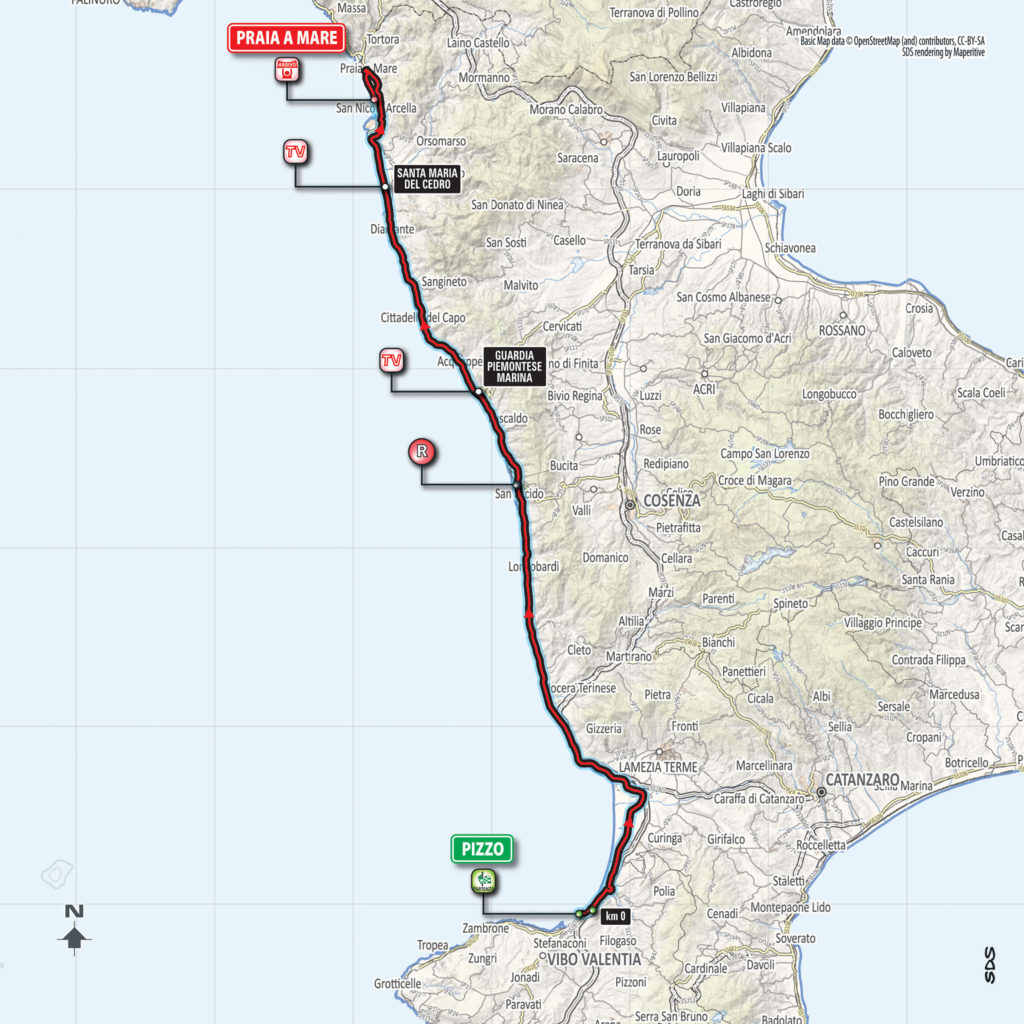 We are in Calabria, and the stage follows the ‘whrist’ of the Italian boot. If go some hundred years back in time, the wines from this region were popular. But as time went by, they could no longer compete with wines for Bordeaux and other parts of France, that were closer to the important markets in London and Amsterdam.

At the end of the 180o hundreds, this area was destroyed by the phylloxera, as mot other wine regions in Europe. The production did not recover after this. At the end of the 20th century, they had problems competing with reasonably priced, quality wines from “The New World”.

Calabria has often been mentioned as a region with potential for good wines. But so far, they have not realised this potential. The more interesting areas are up in the hills and in the valleys, away from the coast. And also on the other side of the foot, along the Jonian Sea. Today’s stage follows the coast, and does not get close to any wine areas worth mentioning.

The stage crosses a small part of Basilicata, before it continues into Campania. Campania is a more interesting wine region. But where today’s stage ends, we have not arrived in the part of Campnia where we can find intering wines.

It is  beautiful coast, popular among tourists. The majority of the wine produced are consumed locally, not the least by the tourists.

I have written something similar pervious years, when the GIro has been in this region. I have received some protests from people living og who has lived in the region. On a more general level, my experience is that in all wine producing areas, there are som dedicated producers who go for quality. But their wines are hard to find outside the region. My expereince is that good restaurants in the region, who like to present local food and local wines, are the best places to find good, local wines. But I have not visited such restaurants in Calabria.

If you want to taste one of the better wines from Calabria, then try Ciro Rosso Riserva from Ciro.