Yesterday’s stage did not give significant changes. But today there is a mountain top finish, which can give som time differences.

This is the third and last stage on SIcily. Today the stage goes up to the volcano Etna. Etna is an active volcano. The eruptions are quite frequent, but usually not very violent. In 2011 there was an eruption just a few days before a giro-stage up here. For some time they did not know if they could ride the stage, but at the day of the race, they could. 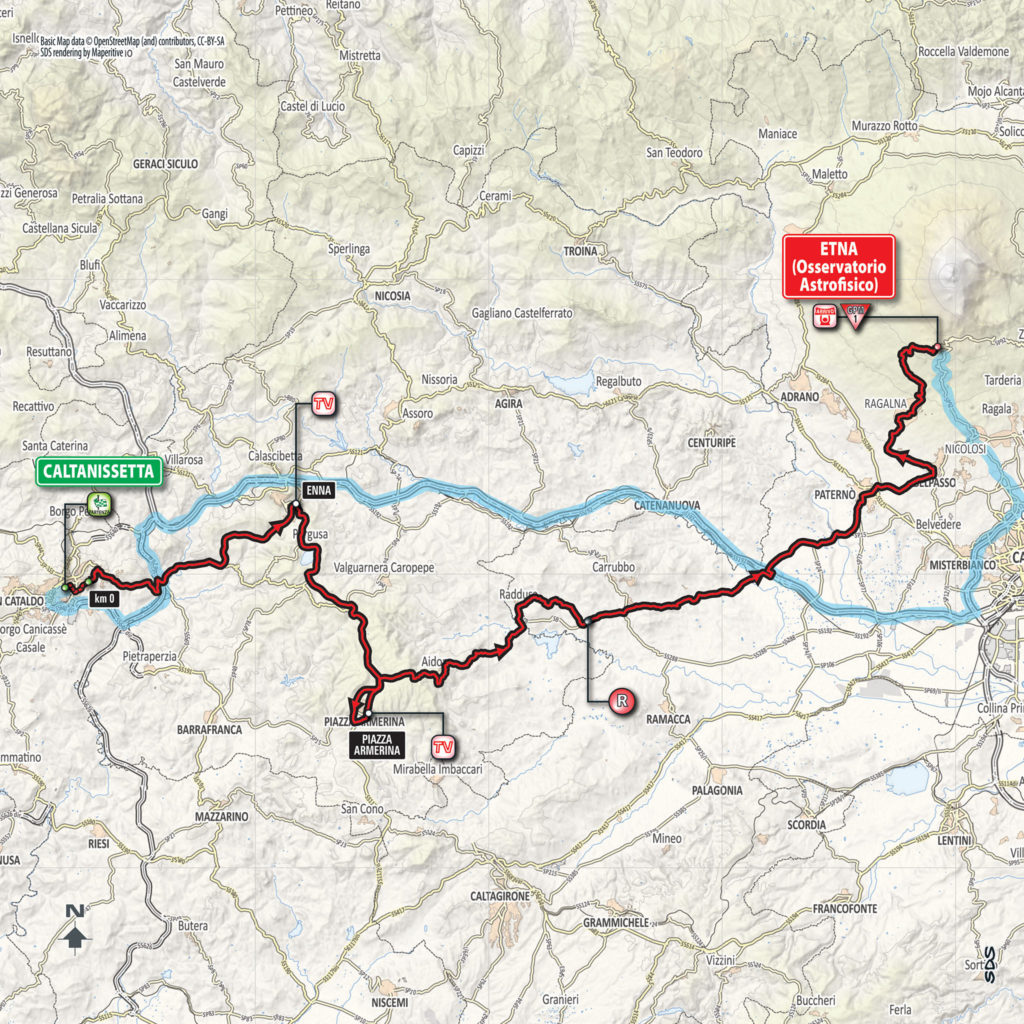 The vineyards are located in an arc et the east side of Etna. The soil is volcanic, with a lot of minerals, but not very much organic material. Etna was the first wine district at Sicily to be awarded DOC-status, in 1968. The most common wine is the red Etna Rosso. It is made mainly from Nerello Mascalese, but it can be up to 20% Nerello Cappuccio, locally called Nerello Mantellato. The white Etna Bianco is made from minimum 60% Carricante, and the most widely grown grape at Sicily: Catarratto. But it can aslo have some Trebbiano and Minnella.

They are growing vine at higher and higher altitudes, and the results are promising. Sicily is far south, but at high altitudes, low temperature may give som challenges, but also advantages. The low temeperaturs give a long ripening season. The sun is reflected from The Mediterranien Sea, in the same way as is refelcted from the river in Mosel.

The DOC-regulation for Etna has not changed very much since the DOC was established in 1968. One may see this as a sign of the inflexibility of the Italian DOC-classification. But it can also be seen as an example of a very well functioning regulation.

Tomorrow, it will be mainland Italy.