It was an exiting final, and Tim Wellens was the fastest. But Dennis Rohan still leads the GC. one second beofore Tom Dumoulin.

We are still on Sicily. It is another up-and-down stage, with an uphill finish. But the finish is not as long or as steep as yesterday’s finish. But it is still not a stage for the typical sprinters. 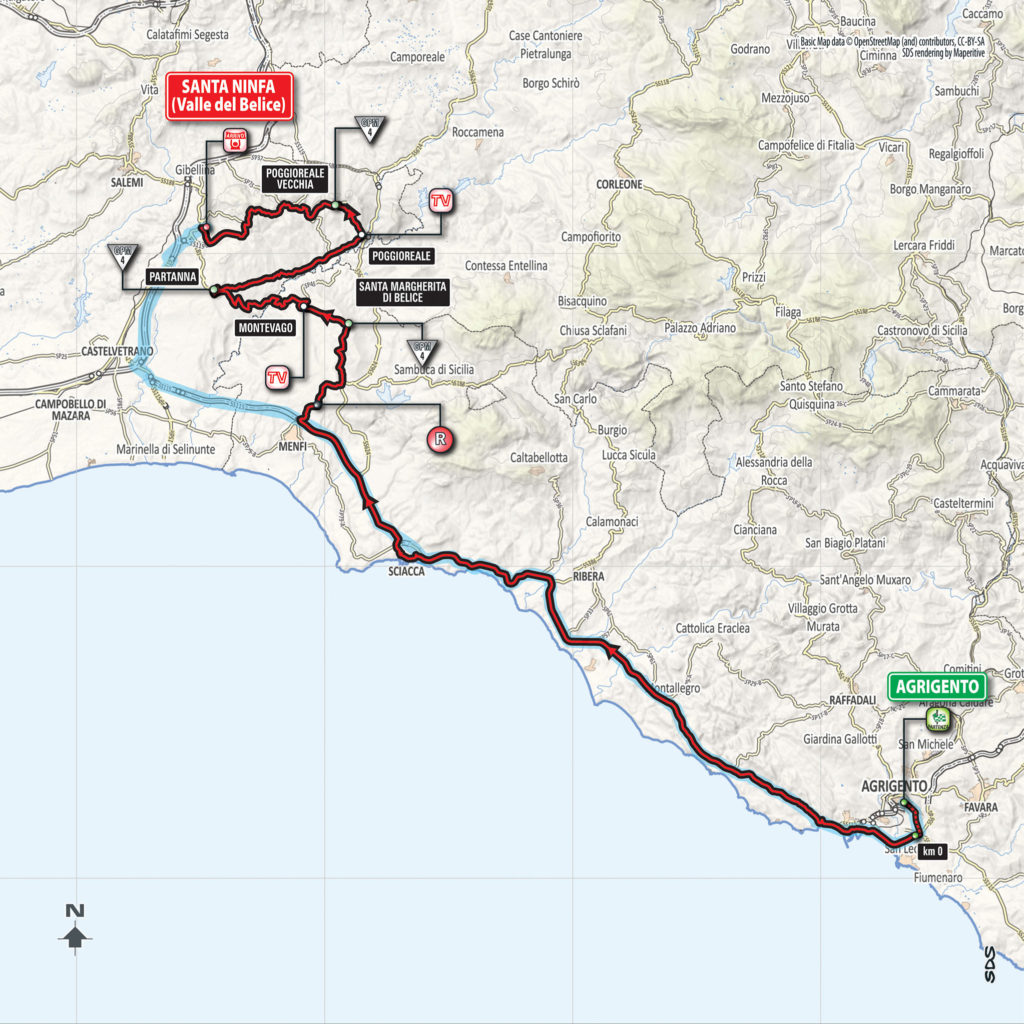 Today’s stage goes along the south-west coast of Sicily, and ends not too far from the home of a well known fortified wine: Marsala.

Fortified wines are not as popular as they once were. That goes for Marsala as for other fortified wines. Marsala is said to have been developed by the British wine merchant John Woodhouse, who specialised in port, sherry and madiera. I arrived here in 1770, and saw the opportunities in an expanding market. The wine became popular, and it was produced in large quantities. At this time, no one thought that they shoule keep volumes down to keep the quantity up. It was popular in the British navy. Admiral Nelson bought 500 barrels a year.

The quantities were high, and the regulations rather relaxed. Add subsidies, and we have a reciepe for over production, and wine of low quality. Sugar was often added. The wine can be produced from 10 grape varietals. The traditional grapes are Grillo and Inzolia. But Catarratto, which is grown in large quantities may also be used. Other grapes are Pignatello, Nerello Mascalese and Damaschino, as well as Nero d’Avola.

There are five ageing-related categories for the wines: fine (one year), superiore (two years), superiore riserva (four years), vergine/soleras (five years), and finally vergine/solera stravecchio (ten years). These are complemented by official mentions around the color and sugar content of the wines: oro, ambra and rubino describe the gold, amber and ruby hue of the wines; secco (dry, at 40g/l, or grams per liter {not dry by my standards]), semisecco (semi-sweet, at 40–100g/l) and dolce (sweet, at more than 100g/l) indicate the quantity of sugar (residual and supplementary) in the finished product.

In November 1984 the DOC’s production conditions were revised, and in an attempt to encourage quality over quantity, the high-yield allowances were reduced. But it is a long way to the popularity the wine once had.

If you want to make the traditional Italian dessert Tiramisu, it should be some Marsala in it.