The GIro has come home to Italy, and here I join the race. We are on Sicily. So far, there are not large time gaps. Dennis Rohan leads by one second on last year’s winner, Tom Dumoulin. There are 11 riders within 30 seconds, and 47 within a minute. So far, it has not been a sucsess for Chris Froome, who is 19, 38 seconds after Dennis Rohan. But it is still a long way to go. 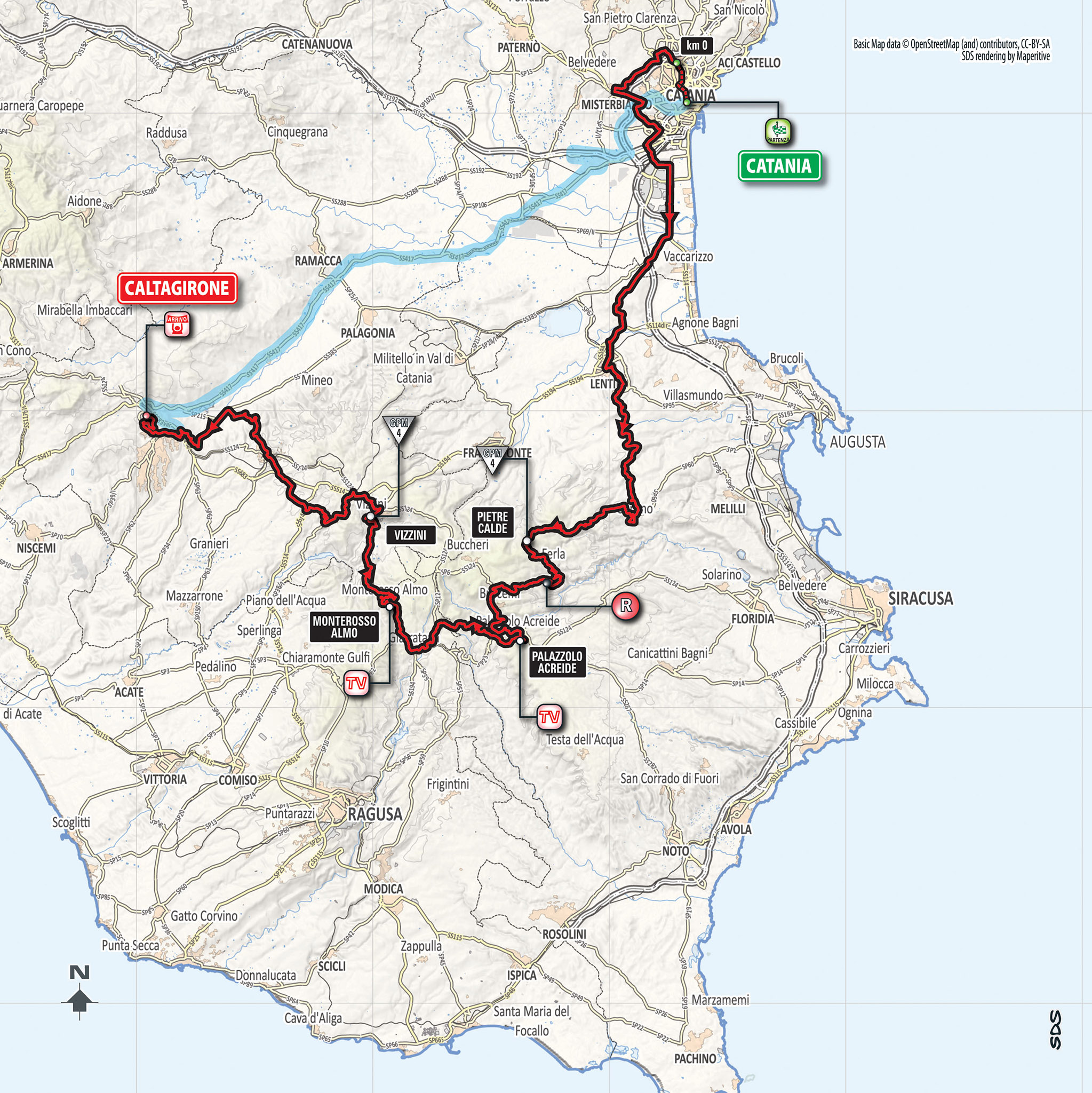 There are a lot of ups and downs on today’s stage. I is a kind of stage where a break away could have succeded. But we are on stage 4, and it is not likely that the teams of the GC-contenders will let a break away go, before the positions are more settled. 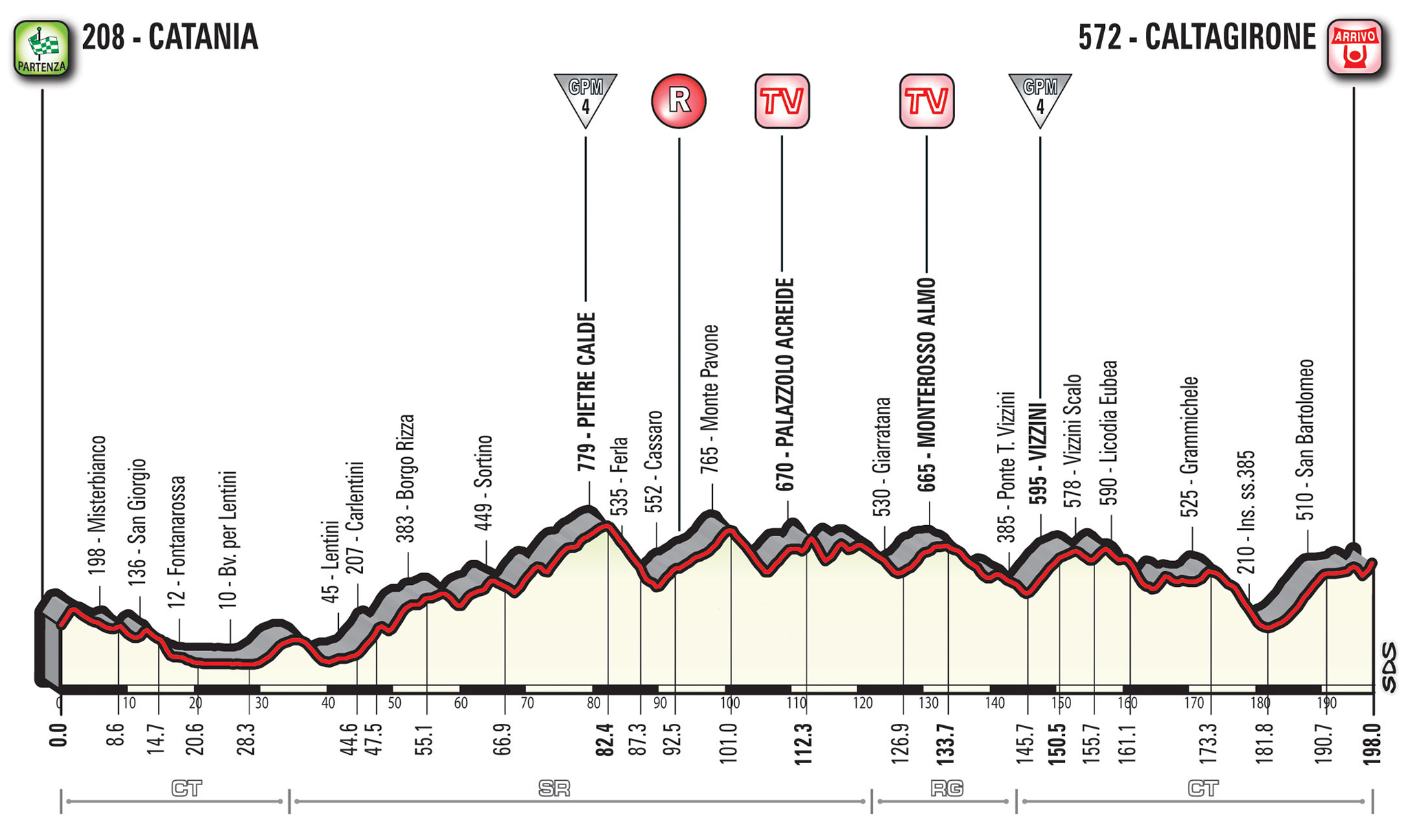 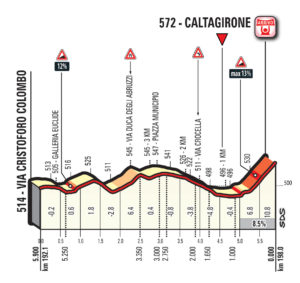 But today’s stage ends with a 1 km climb, with a gradient up to 13%. The GC-contenders will probably not attack here. But there are some points for the KOM-contenders. And it is possible to loose time on this stage.

But we must find something to drink. Sicily is one  of the more interesting wine regions in Italy. Today’s stage is cutting the south-eastern corner of Sicily. 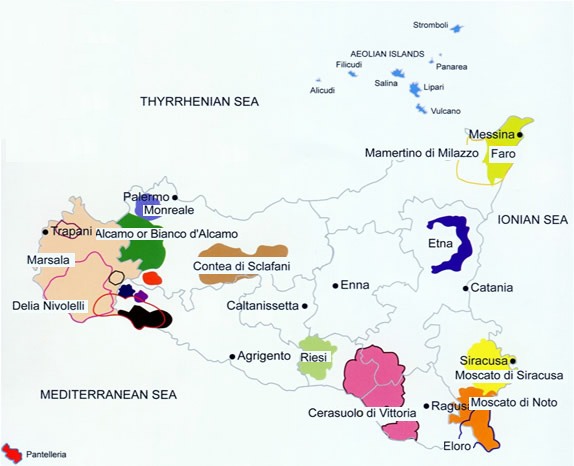 The wine for today is a Cerasuolo di Vittoria, the only wine from Sicily with DOCG-status. It is a red wine made from the grapes Nero d’Avola and Frappato.

Nero d’Avola means black from Avola. Avola is a place located a litthe south of Syracuse. Nero d’Avola is the most important grape on Sicily. But as with so many Italian grapes, it is grown under other local names in other regions. It produces a dark tanninic wine.

Frappato is a thin-skinned grape that produces a light wine, that can remind a little of Beaujolais. Nero d’Avola gives structure to the wine, while Frappato gives fruitiness. The result is a wine with aromas of Cherry and Strawberry. If I have understood it correctly, ‘Cerasuolo’ means cherry-like. They wine can be stored for 5-10, sometimes up to 20 years.

Good producers are COS, Planeta and Valle d’Acate,